Artists : In the past

Daina (Dieva) Pupkevičiūtė is a Lithuanian videomaker & sound constructor, a bit out-spaced but tremendously disciplined - that would be the right way to define her character. Her sound works range from creating soundscapes for performances and installations to live concerts and albums, usually telling / disclosing / facing the shades of "the other side", the visions, the fears, the untold, and the missed.

Video and documentary works are equally important - as a language and as the only way she's found to perceive, according to her, the beauty, by bits and peaces scattered in the visible world.

The main issues she's dealing with in her works are the otherness, the ambivalence of human beings and all the things surrounding us, and the possibility to transcend the now and here during an intense musical / visual / any other artistic experience. Her latest interests embrace transmedial storytelling and socially engage(ed)/(ing) art.

Right now Daina's preparing an online-video project (as a meditation of alternative spaces) as well as planning the Ptarmigan project, which would be a documentary essay on the residents of Pebre street. in Tallinn and its neighborhood - the Pelgulinn area, as well as a sound-mapping workshop, exploring the subjects of home v/s stranger, and a wonderful trait the reality acquires in the documentary (video and sound as well) - the dissolvence of the real.

The end is nigh: performance / music / variety night 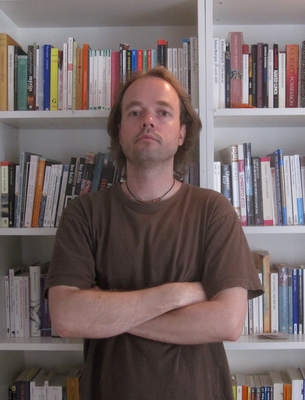 Sigbjørn Bratlie is a Norwegian artist working with installation, painting, video and performance. His art practice has a conceptual and analytical undertone, and humour is an important part of it. The concept of language is also central to his work. Influenced by popular culture, his work is about the production of art works in the midst of an overwhelming flow of TV, movies, pop music, advertising, fashion and cartoons. His art pieces are often “filtered” through one or several layers of pop cultural references, but are ultimately about the search for a voice, both artistically and personally. There is also an underlying hermeneutic element in his work: An emphasis on language, semiotics and interpretation, and an urge to find meaning in cultural phenomena.

A key ingredient in his way of working is what he likes to call «the artist as anti-hero» – i.e. – the artist who desperately tries to create profound, deep-felt and groundbreaking work, but who usually fails miserably. This strategy accounts for a lot of the humour in his work.

For his 2-month stay at Ptarmigan, Sigbjørn Bratlie has taken it upon himself to learn the Estonian language, go see an Estonian shrink, and sort out all his emotional and psychological issues. His art project will be based in video and performance, and will deal with communication in a foreign language: Situations where access to meaning and understanding is greatly limited because of language problems. 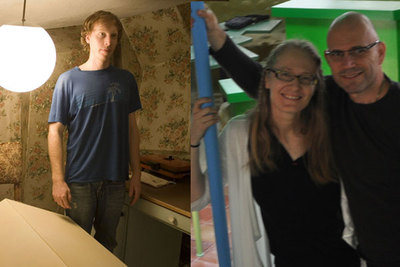 Jondi Keane – jondikeane.com– is an arts practitioner, critical thinker and Senior Lecturer at Deakin University, Melbourne. Over the last 27 years he has exhibited and performed in the United States, the United Kingdom, Europe and Australia. Recent creative projects include the READING ROOM exhibition at the Slought Foundation, Philadelphia (2008), the installation-performance Tuning Fork: Shopfront at the Judith Wright Centre of Contemporary Arts in Brisbane (2008) and Tuning Fork: Drill Hall at Critical Path in Sydney (2009). He has published on embodiment, experimental architecture and practice-led research in a range of journals including Ecological Psychology, Janus Head and Interfaces, and book chapters in E. Holland, D.W. Smith and C. Stivale (eds), Gilles Deleuze: Image and Text (Continuum, 2009) and in J-J. Lecercle and F. Kral (eds.) Architecture and Philosophy- New Perspectives on the Work of Arakawa & Madeline Gins (Rodopi Press, 2010). He co-organised an online conference on Arakawa and Gins (March 2010), the proceedings of which are to be published in a special issue of Inflexions journal. He collaborates with Pia Ednie-Brown in the production of research papers, workshops and creative projects.

Dr Pia Ednie-Brown
Pia Ednie-Brown – onomatopoeia.com.au– is a designer, educator and theorist with creative research practice Onomatopoeia. She is an Associate Professor at RMIT University’s School of Architecture and Design, in Melbourne, Australia, based in the Architecture program and the Spatial Information Architecture Laboratory (SIAL). Her creative work includes interactive architectural installations, drawing and sculptural pieces, video performance, participatory workshops, and writing. Her research has been concerned with emergence, technology, embodiment and affect, ethics and aesthetics, and sustainability. She has directed numerous creative research projects involving multiple disciplines across the arts and sciences. Her book Plastic Green: designing for environmental transformation (RMIT Publishing, 2009) is an outcome of one of these projects. From 2009 to 2011 she led an Australian Research Council Discovery project (with Prof. Mark Burry, Oron Catts, and Dr Andrew Burrow), seeking to re-theorise innovation for contemporary design practices in terms of coupled ethical and aesthetic concerns therein. She collaborates with Jondi Keane in the production of research papers, workshops and creative projects.

Scott Andrew Elliott
Scott Andrew Elliott is a Canadian artist and teacher in the Environmental Art department of the Aalto University School of Art and Design.  His work is focused primarily on environmental installations in the form of large site specific architectural works. Each work demands active participation from visitors.  The projects examine the relationship between person and architectural environment.

Elliott has presented his work in Canada, Finland, and France.

Workshop in Architecture and Vitality 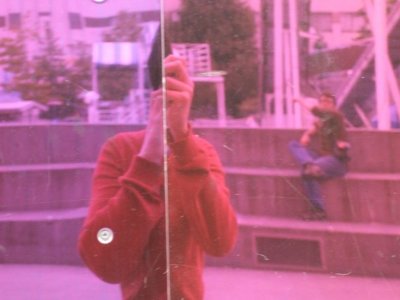 The duo of Lori Felker and Adam Strohm have been collaborating for over ten years. Their most recent work is a series of videos that explores divergences from the documentary form through a playful obfuscation of the lines between fact and fiction and the nebulous relationship that binds text and image. During their stay in Tallinn, Felker and Strohm will collect aural, visual, and written source material for an upcoming short video, experimenting with the repetition of daily accumulation as a generative process.

Lori Felker employs many forms/formats, practices frequently with others, and tries hard not to shy away from expressing her thoughts on human behavior, travel, inter-activity, frustration, failure and political irritants. Her work has screened internationally at festivals such as the Rotterdam International Film Festival; NYFF: Views from the Avant-Garde; VideoEx, Zurich; the Wexner Center for the Arts, Ohio; and  Curtas Vila do Conde Film Festival, Portugal. Lori is currently a member of the faculty and staff at the School of the Art Institute of Chicago and the Festival Coordinator for the Chicago Underground Film Festival.

Adam Strohm is a writer of words, maker of sounds, and creator of two-dimensional images. His writing appears regularly on the pages of Dusted Magazine and Signal to Noise.

Felker and Strohm live in Chicago with Czubek.

Peter Nicholson is a cellist, improviser and composer living and working in Scotland.  He is establishing a reputation as a musician who works across a wide spectrum of genres and forms and who brings together diverse elements of musical language.

Peter became interested in improvised music shortly after coming to Glasgow in 2002, when he played in a free improvising trio called the Age of Wire and String with Neil Davidson and Jamie Allen. Just after this he joined the Glasgow Improvisers Orchestra with whom he still plays. Recently he has released a duo CD on the Iorram label with saxophonist Raymond MacDonald called ‘Street Level’.  Peter has performed as in improviser in solo and small group contexts throughout Europe and the UK.

As a composer Peter has written music for The One Ensemble, a group he has played and toured with extensively since 2004.  He also has a solo album called ‘Shutters Drawn’.  The latter is comprised of both songs and multi-instrumental compositions. He is currently working on material for a new solo album.

As a cellist he is classically trained and has worked with various orchestras and ensembles including the BBC Scottish Symphony Orchestra, the Ulster Orchestra and with musicians such as Ravi Shankar and Kevin Ayres. In February 2010 he joined the Viridian String Quartet, ensemble in residence at the University of Glasgow.

Recent solo performances have included performances at Le Weekend Festival 2010 and at festivals in Paris, Lyon and Geneva and at the Avantgarde festival in northern Germany (www.avantgardefestival.de).

During a brief residency in Tallinn, Peter will perform and lead workshops in music improvisation. 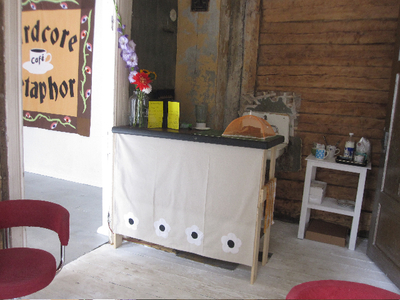 For the Ptarmigan residency programme, the collaborative project Hardcore Metaphor (Denmark) will open a pop-up Artist's Café in Tallinn's Pelgulinn neighbourhood.  Café Hardcore Metaphor will be open to the public during the weekends, serving coffee, cake and a special surprise of the day.  The café will host a small library of reference books and self-published artist magazines and serve as a platform for a variety of events, such as The London Urban Gothic Lecture and The Three Day Puzzle Lock-In.

How to relax around circles: Live