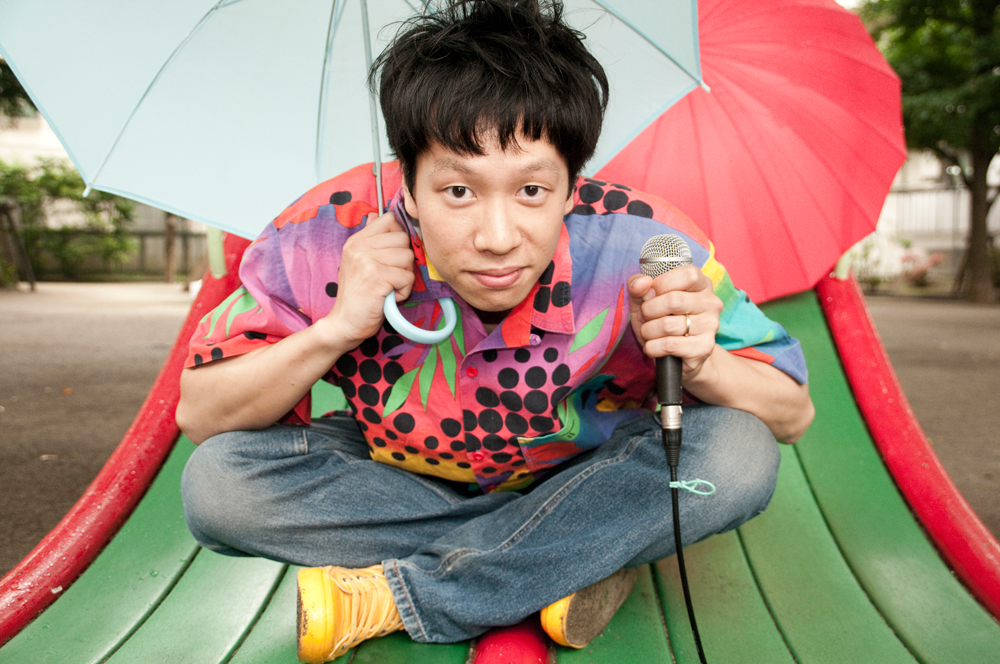 Oorutaichi (aka Taichi Moriguchi) wants to make music nobody has heard before: imaginary electronic folklore. He makes drifter music, strung through with expert percussion and electric rays, flowing on a river of magical chants, inspired loops and choruses written in an invented language, undiscovered country left and right. It is exalted and resolutely pop. Titles such as ‘Beshaby’ or ‘Jimaji’ sound as if they might have been composed on the edge of a volcano. Onstage, Oorutaichi is not chained to his machines but sings with them in a deluge of extravagance and colour.

Influenced by the aesthetic of the bizarre favoured by mid-90s Japanese groups such as Unicorn and Kinniku Shoujo Tai, Oorutaichi began improvising layers of sound on cassette with a four-track back in 1999, bringing out a debut album entitled “?”. The later discovery of reggae dancehall was a revelation. He completely changed his method of composition and began programming. Since then, Oorutaichi has travelled his own road through an ethno-futurist electronic land, absorbing the musical elements he comes across on his way.

Oorutaichi is a solo project but Taichi Moriguchi works with others to explore different musical horizons.  Urichipangoon is a more progressive, melodic, four-piece folk pop project with Ytamo, Muneomi Senju (ex-drummer of the Boredoms) and Naoko Kamei.  Obakejaa is bonkers home studio improv with DJ Shabu Shabu.  Berebo, with guitarist Taku Hannoda, is slightly more experimental. Oorutaichi also produces sumptuous remixes and is developing his own indie craft label, Okimi Records, on which he generally brings out his own music.

With acknowledged but wide-ranging influences (The Residents, The Doors, T.Rex and Aphex Twin), Oorutaichi seems to be in key with the same sung colourful electronic universe as in vogue international artists Panda Bear, El Guincho and Lucky Dragons. Originally from Osaka, Oorutaichi’s music is already known outside Japan. His records, Yori YoYo and Drifting My Foklore that came out in 2003 and 2007 respectively, both gained international critical acclaim (Pitchfork, BBC Radio). He opened at the Juana Molina concert in the USA in 2009. Oorutaichi’s live gigs are well-known all over Japan and he is clearly becoming an artist of international stature 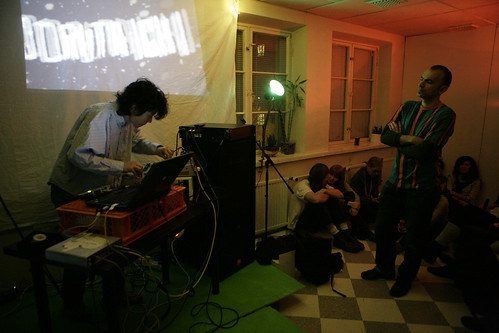