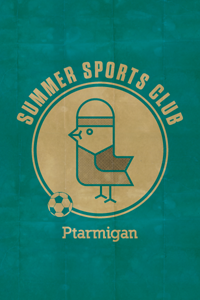 It's a summer of sport! And Ptarmigan is planning some Saturday afternoon games throughout the warmest season! So why not come and join us? We won't be playing normal sports though … The sports will be based on everything from weird local traditions to combinations of contemporary games, to entirely made-up events.

We'll do short coaching sessions at the start of each event so people can learn the game, then we'll make teams and play! Depending on the event the locations may change, but we'll let you know when and where each event is taking place.

Every game will be open to both men and women, and will be totally free. So everyone is welcome to join!

To kick off with, we'll be playing a our own invented sport called Ultimate Gridiron. It's based on Ultimate Frisbee but played with an American Football (which is much easier to throw and catch than a frisbee!). It's a non-contact game that involves running, throwing and catching. It's should be quite fast and fun. It involves some working together as a team and using tactics to score. Men and women can play together.

We'll do some throwing practice to start with then organise a game. It will be quite casual and should be a good afternoon! So sign up here!